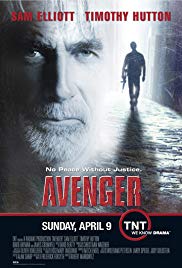 Storyline:
After his own daughter was killed in Panama in 1994, former C.I.A. Agent Calvin Dexter became a private “specialist” in cases which wouldn’t reach justice trough the regular legal channels. Two years later, he accepts to find Richard “Rickie” Edmonds for his pa, influential rich businessman Stephen Edmonds. Rickie left for a private Canadian war victims charity in Bosnia and went missing. Dexter discovers Rickie was beaten to a pulp and drowned for no other crime then helping street boys from the other side by Zoran Zilic and his Serbian paramilitary “order”. He offers Stephen to “finish the job”, as such war criminals don’t go to trial. But Deputy C.I.A. Director Paul Devereaux cares only for a nuclear arms project, for which he wants to use Zilic. So C.I.A. troubleshooter Frank McBride is ordered to protect him and handle Dexter.
Written by
KGF Vissers
User Reviews: This is a story we would all like to live, if not then you do not live in the "real world". We all want to get even with the person that did us wrong, the only problem is we would never get away with this. We would all like too but we can not. We all have dreamed of getting back at a friend/neighbor or ex and we try and think about the ultimate revenge but this is the best that it can be. I guess we can dream. Maybe some day we can all try and make a statement that this film makes until then have a great life and think about how you all treat people, cause if you treat someone wrong you maybe be avenged, then maybe Sam Elliot may visit you.