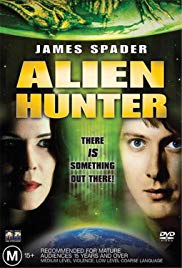 Storyline:
In 1947, in New Mexico, a radio operator receives a signal following regular patterns. While investigating the occurrence, he vanishes. In the present day, the same signal is transmitted from a base in the Falkland Islands to United States of America and a satellite captures images of a unknown object in Antartic. The cryptologist Julien Rome (James Spader) is invited to investigate the mystery in the South Pole and he flies to a research base. While a team tries to open a weird shell probably from the outer space, Julien solves the message, which proves to be a distress signal ordering not to open the case.
Written by
Claudio Carvalho, Rio de Janeiro, Brazil
User Reviews: James Spader plays a cryptologist who is summoned to the Antarctic where a research station has uncovered something in the ice shelf that is emitting radio signals in a non-random pattern. As the ice melts around it, the scientists discover that it is some sort of alien pod. Too late, Spader decyphers the message which is telling them not to disturb the vessel.

This film takes a little bit from several other science fiction movies and blends the parts into a pretty weak story. There’s nothing new here, but at least the filmmakers realize that and set about with providing simple entertainment.

You could do a lot worse at the video store.

Storyline:Jason Gedrick and Eric Roberts lead the cast of this thriller about a submarine captain who attempts to hold Washington, D.C. hostage for a billion dollars, and the heroic doctor who struggles to thwart the ...

Broadway: The Golden Age, by the Legends Who Were There (2003)

Storyline:Broadway: The Golden Age is the most important, ambitious and comprehensive film ever made about America's most celebrated indigenous art form. Award-winning filmmaker Rick McKay filmed over 100 of the grea...

Storyline:In this creative documentary, filmmaker Heinz Emigholz presents a series of filmed photographs of the work of the exceptionally inventive American architect Bruce Goff (1904-1982), who was apprenticed at age...