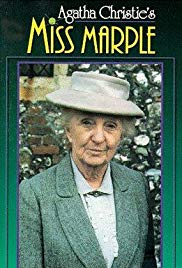 Storyline:
When a despised magistrate is found shot to death in the library of the local vicarage, his wife and her lover, a portrait painter living on the church grounds, both confess to the crime. Miss Marple’s keen powers of observation clear both of them of the crime, but other suspects abound. Included are the murdered man’s daughter, who posed for the artist, a neurotic cleric who’s embezzled church funds, the local doctor, an ex-convict who poached on the magistrate’s land, and a missionary’s enigmatic widow who argued with him the day before he was killed. An exasperated Inspector Slack must reluctantly accept help from the analytical Miss Marple.
Written by
Gabe Taverney ([email protected])
User Reviews: I have never thought that Margaret Rutherford was the perfect actress to portray Christie’s famous lady detective.Angela Landsbury,who portrayed her in "the mirror cracked" was not an ideal choice either.Joan Hickson was Miss Marple as I see her ,discreet ,insightful,mischievous,terribly observant.She and the detective inspector make a funny pair,like Poirot and Japp. Unlike Poirot,Marple does not really investigate.She never questions the suspects (some of whom even use her as their alibi)but has a rare talent for observation.

"Murder at the vicarage" is a classic Christie novel:it happens in Jane Marple’s village where a wicked colonel nobody likes -and thus has a reason to kill him of course- is murdered.It even involves the priests who are suspects too.Good job by all the cast.

French title (of the novel and the movie):"L’affaire Prothero" .