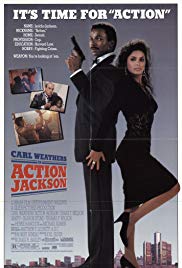 Storyline:
Jericho “Action” Jackson is a Detroit police sergeant who was demoted from lieutenant for almost tearing the arm off of sexually violent sociopath Sean Dellaplane, whose father is Peter Dellaplane, a major car manufacturer. But Dellaplane himself is violent as well. Dellaplane kills his wife Patrice by shooting her. And then he plants her body in Jackson’s apartment, framing Jackson. Dellaplane won’t miss Patrice very much, because he has a drug-addicted mistress named Sydney Ash. He keeps Sydney hooked with a free supply of heroin. Jackson suspects Dellaplane of masterminding a murder spree against local officials from the auto workers’ union. Dellaplane’s mission is to gain a political power base and choose the next president of the United States. Because of what happened to Dellaplane’s son Sean, Dellaplane has taken a particular dislike to Jackson. Jackson gets Sydney’s help in going after Dellaplane.
Written by
Todd Baldridge
User Reviews: While it is a pretty standard genre flick in some respects (maverick hero, psychotic and ambitious bad guy, beautiful women, angry boss, lots of explosions, etc.), "Action Jackson" maintains an irresistibly silly, tongue in cheek style. It’s often so damn silly that it’s hilarious. Just witness our hero’s attempts to take down a cab driving goon. It begins with a good "grabber" opening, and continues to deliver enough mayhem to keep the action junkie consistently amused.

In his first starring vehicle, Carl Weathers once again shows off effortless charisma and his incredibly chiseled body. He’s a natural for a role like this, playing the title character, a detective who’s been saddled with a desk job for two years but who gets caught up in the schemes of Peter Dellaplane (a wonderfully hammy Craig T. Nelson), an auto tycoon with political ambitions and a murderous nature. Action Jackson figures that the way to get to Dellaplane is through his women: either his young second wife Patrice (Sharon Stone) or his foxy mistress Sydney (singer / actress Vanity).

The film comes up with a couple of one liners, some better than others. "So? He had a spare!" You know it’s not meant to be taken seriously when Action Jackson actually drives a car through his quarry’s house – and that’s just one major example. The clichés are there, too: we have the kind of "Talking Villain" who feels the obligation to tell the good guy his entire evil plan – wrongly assuming, of course, that his nemesis is toast. Craig R. Baxley, a longtime stunt specialist in a career dating back to the early 70s, makes his theatrical directing debut here, and he would follow it up with such other delights as "I Come In Peace" (a.k.a. "Dark Angel") and "Stone Cold". So the movie is naturally full of great stunt work.

Add to that a very 80s pop soundtrack (Vanity herself performs two tunes), a score by Herbie Hancock and Michael Kamen, a fairly high body count, and a lively finish, and you’ve got the ingredients for a damn fine 96 minutes of entertainment.