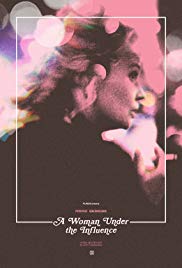 Storyline:
Peter Falk is a blue collar man trying to deal with his wife’s mental instability. He fights to keep a semblance of normality in the face of her bizarre behavior, but when her actions affect their children, he has her committed.
Written by
BA Jacobson <[email protected]>
User Reviews: This is just another confirmation that Cassavetes, along with Dreyer and Tarkovsky, is one of the very small number of geniuses in film, whose every film is an extension of their genius — some more mature than others, but impossible to be "bad"; they are beyond terms like "good" or "bad" — they are the great art works of the century.

This film isn’t about a "crazy" lady; it’s not about putting a woman in an institution; and it’s not about people talking about your crazy wife, though all of this happens in the film. Those are merely the events that take place over the course of the film; what it’s really about is our misunderstanding, our experience as an audience. Just like the characters, we misunderstand Mable’s childlike actions. What Cassavetes does is turn *us* into children — it’s as if we’re experiencing things for the first time all over again, because it’s a totally new experience, the same with watching a movie like "Andrei Rublev." That is an amazing thing to pass onto an audience. That’s why I’ve never been bored watching a Cassavetes film — something is always happening, things are always changing. The reality of what we’re seeing is always undergoing augmentation, so we can never get fully situated.

It’s never unrelenting gloom the way many so-called realistic films are (and this film goes far beyond mere "realism"); it’s devastating watching it, watching Mable ask people if they want spaghetti one by one. But it’s loving when Nick jokes about someone hugging her too long. It’s communal during a scene at a dinnertable where Mable takes a pride in feeding "her boys." But each scene goes through a transformation as it happens. When Mable goes home with another man, he makes it clear that he’s not to be used, but also that she shouldn’t punish herself. It’s not a screamy moment with a woman hiding in the bathroom; his avuncular twang is disarming.

There’s a complete lack of self-consciousness in the film, and I mean that in terms of the characters (during Mable’s key freak out scene, Rowlands does, I think, go too far) — that’s why the kids are s terrific in the film. When a boy says, "It’s the best I can do, mom," it’s an incredible moment because it’s managed to be included without being offensive, mugging for the camera with cuteness. The film has such a strange relationship with kids — they’re like little people. And if that sounds odd, you’ll understand when you see the film. The characters are constantly changing their minds; they’re so aware of themselves that they’re unaware — Mable doesn’t realize she’s giving off a sexual aura (despite the fact that Rowlands can at times look like a blond beach babe). As with Julianne Moore in "Safe," we don’t know what’s wrong with her. She’s a frenetic, guideless woman trying to do the guiding.

The way Cassavetes sets up the film, with ominous piano music that comes in when Falk is trying to speak, blinded by frustration; or setting the film inside this house with gigantic rooms, makes everything feel larger and emptier at the same time. It’s like the scariness of the echo of something you’d rather not hear. Someone said that they wouldn’t want a single frame of "2001" to be cut, lest the experience be changed. I think that applies more aptly to Cassavetes’ films, because he never treads over the same thing twice, even when he’s doing exactly the same thing he’s just done. It’s always something new. 9/10