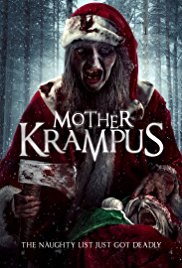 Storyline:
Based on the German Urban Legend of Frau Perchta, the Christmas Witch, who takes a child each night over the 12 days of Christmas. For the 12 days before the Christmas of 1921, children went missing near the local towns woods. A traumatized girl was found, but her mind had gone – she later died of her horrific injuries. Just before the Christmas of 1992, a further five children disappeared again. Their bodies were found in the same woods. Angry and seeking vengeance, the locals hung a woman they believed to be the killer. But before dying, she cursed the town that one day the Christmas Witch, Frau Perchta, would come for them to avenge her death. 25 years later, the story has become little more than a local myth. But as children start to go missing again, everyone begins to wonder if the tales of a curse might be true. This Christmas it’s not only the children that are in danger, it’s the adults too.
Written by
Proportion Productions
User Reviews: This movie is garbage. Horrible acting. The gore scenes even suck, the little girls acting is bad, I mean this movie is just bad. Dumb movie, don’t watch this movie save your 90 minutes for something else .