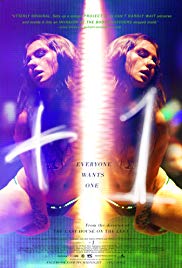 Storyline:
Three college friends hit the biggest party of the year, where a mysterious phenomenon disrupts the night, quickly descending into a chaos that challenges their friendships – and whether they can stay alive.
User Reviews: David (Wakefield) makes out with another woman in front of his long-time girlfriend, Jill (Hinshaw) and gets dumped in the process. David shows up at a party to try to get Jill back, but there is a little detour along the way. People show up at the party that look EXACTLY like everybody else. It’s been a few months since I’ve seen this, so forgive me if my review is a little crappy. I didn’t mind this one at all. It borrows a lot from stuff like Invasion of The Body Snatchers & Night of The Creeps though. I wouldn’t call that a bad thing, as it was a nice little homage. This is also a decent homage to the 80’s. This didn’t feel like something that was made in 2013. This felt like it was made in the late 70’s, early 80’s. It focuses on fun, first and foremost. It even throws in a tragic love story. My big issue was that everything was quite vague. Not enough is explained for my liking. I had fun, but more explanation was very much necessary. It doesn’t have the script to be ambitious like it wanted to be. Gore lovers will be semi- pleased. We get Stabbings, bullet to the head, rake to the eyes, and more. Not a gore fest, but good enough. Acting is quite solid. Rhys Wakefield is a creepy looking dude, but very likable at the same time. I was on his side the whole way on his journey to get Jill back. Some of you will recognize him from The Purge. Ashley Hinshaw’s actions are frustrating to deal with, but understandable. She ended up winning me over in the end. Rest of the cast is fine

As long as you don’t expect the world, you should have a decent time. It’s fun if you put your brain aside for a while and ignore all the plot-holes.